As usual in the beginning – introductions are in order … so here we go:

My name is James and I play for a tournament paintball team in the London area in the UK which is named Samurai MV. Tournament paintball is a bit different to the “normal” paintball sites or events you would go to when you are going for a birthday party, company event or stag/hen due. It’s a sport we play and train for throughout the year with proper tournaments, series, European and World Cups. For more information I can recommend to visit http://www.millennium-series.com/, which is the European Paintball Championship – there are loads more in the UK, Germany and France that have proper leagues etc. – but I think I might get into that at a later stage as well once we start talking about our 2012 plan.

So – Samurai MV is one of a few teams playing under the Samurai Paintball banner. Samurai Paintball was founded in 2005 and has been going strong – in 2007 Samurai MV was formed in memory of Martin Vipas, a player of samurai who tragically passed away after having suffered from Cystic Fibrosis. In the first seasons Samurai MV (and the other Samurai teams) started raising funds for the Cystic Fibrosis Trust on all the events they played … and for 2012, 5 years later, we would like to relaunch this initiative to raise funds once again – this time just on a much larger scale, but more of that shortly.

Personally I have only played paintball roughly 2 years, and the rest of the squad started more or less in 2008 – which makes us a very young team in experience. On the other side our players ages range from 25 to 40 years, which is rather on the “older” side compared to other squads out in the sport. We have had quite a good run over the last 2 years winning the 1st place in the UK Masters Series in 2010 and finishing the same league 2nd this year and the season “closing event” for the Masters (Shoot the Rainbow) was always on the top 3 podium positions in the last 2 years as well … so we seem to have a base that we can work with.

What is the purpose of all this – really simple – for 2012 we are planning to start a large scale launch of raising funds for the Cystic Fibrosis Trust by playing 2 domestic and 2 international tournament series in UK, Germany and France – finishing the year in October by flying and participating in the 2012 PSP Worldcup in Orlando, Florida … and this Blog will be a part of a documentation of this journey. 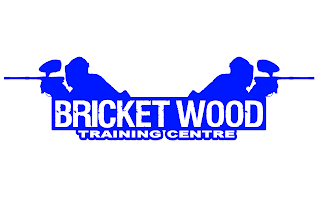 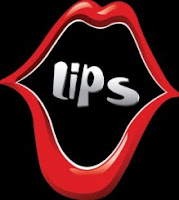 BUT we are on the look for a financial sponsor to support us in the costs of making this journey come true. So this will be the big breaking news if this goes through.

Last but not least I would like to ask you all to just head over to Facebook and get on our Facebook page (Samurai Paintball) to see what is going on – see pictures of the boys and girls and get some updates prior to 2012.

I will be back on the weekend with some updates on how things are progressing with the prep-work. We still need the financial sponsor, will have a try-out for some more people on the Samurai MV team for next season and then also the final details of what we will be doing 2012.