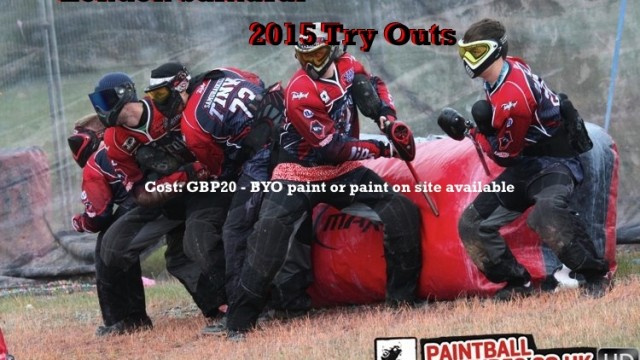 Are you ready to become a London Samurai? 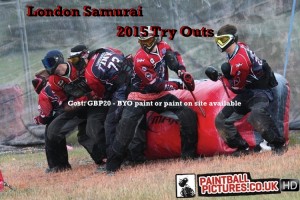 London Samurai Paintball is turning 10 next year and we are planning on strengthening our rosters across multiple squads playing from the top CPPS Division to the Entry level.

As usual – every level of player is welcome – from the first time player to the paintball veteran, as individuals or group of players.

We are an established “club” and open, friendly, but also competitive group that tries to push forward all the time, but all of that with a big splash of “fun” while doing it. Domestic or internationally – we cover all bases. Come on over and say “hi” and lets talk about 2015 and the coming seasons!

Ending the 2014 season with a overall 8th place in the Elite Division, our main objective is battling our up in the Elite division in 2015. That said, London Samurai MV have been around for a few years (since 2007) and have been battling their way from the “5-man team” up to CPPS’s Elite Division playing Race-To-4 in a 5 year journey (one promotion every year). We love a challenge, and stick together like family. Highlight of the season will be a journey to the PSP Worldcup in 2015.

2014 season TopCats, race-to format, placed overall 6th (with 2 podium finishes) in the CPPS Div 2 and 17th in the Millennium Series – in full first season. TopCats want to push it to the next level and use 2015 as a last year playing Race-To-2 in CPPS Div2 and Millennium OD2, to path the way into the Race-to-4 in 2016.To help with their progression TopCats have the benefit of a dedicated and experienced coach who works closely with the squad all season attending all training and tournaments.

The perfect place to sharpen your teeth in race 2. Samurai MV2 come off the back of a mid-table finish in CPPS division 2, following a podium filled 2nd place Series finish in division 3 the previous year. The squad is stacked with international paintball experience, including a successful full millennium season in 2013, and is looking for an experienced race to player(s) to join the roster. They are considering new race 2 players, with their priority being around a comment to learn and play hard.

MV2 as all other teams  are a close knit unit and always pursue the win, but not at the cost of honor or fun!

Last season Rage Ragewas revived by participating in the CPPS satellite league for the South of Britain, the SPL. Involved in the 5 man league, Rage finished in 3rd on the league ladder and participating in the Campaign Cup at Basildon, upon trying the Race to 2 format for the first time, finished 17th out of 25 teams. Approaching the 2015 season, we are now pushing up to the Race to 2 format at CPPS. Having a mix of new and more experience players, we are always looking forward to welcome new players to join the game and find a love for the sport.

Rage hosts most of the Open Training Days that are help approx. once a month during off-season. While Rage are looking for another member, we are also hoping to get another squad up and running as a starter squad to enter at a level that works with the squads experience.

Yes – this is happening – we have a few players that are interested in playing some UWL in 2015 and we will accommodate this with starting a squad in the Samurai camp! With the 2015 season producing two leagues, one standard and another mag fed, depending on interest and equipment set up, the appropriate league entries will be produced.

With that all said and done, our regulars and full members on the London Samurai teams (UKPSF members and full season commitments), benefit from plenty of benefits we are fortunate to have earned over the years with our sponsors: Planet Eclipse, Empire Paintball, Virtue and DROM Paintball. 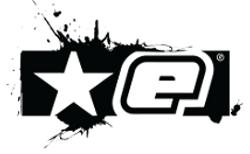 Germerican born in Frankfurt, raised in Europe and lives on Planet Earth. James joined London Samurai in 2009 and was drafted into London Samurai MV in 2010. Since then, he has not only taken over the planning of the team participating in the Millennium Series but also been given ownership and management by the founder of the club in July 2012 - because of his passion and dedication to the sport.
View all posts by James Riley ▸