“London Samurai MV gets started … and then, 5 years later, not even 7 days away from the first Millennium Series World Cup participation, ranked one of the top 100 teams in Europe. It seems like yesterday that we formed the team in memory of a team mate we lost. I’m still a bit lost for words”
– Founder & Ex-Owner Rob Bartlett

It all began as a commemoration of Martin Vipas, a player of Samurai Paintball (founded 2005), who passed in March 2007, after having suffered from Cystic Fibrosis all his life. Samurai MV was started as the second team and to create a pool of “new and upcoming players” for this group of ‘ballers. However this group of new players had to quickly fill the job of being the “flagship” and “first team”, after the original team folded half way through the 2007 season.

From 2008 until 2011 the young team played predominantly as a 5-man squad in the south of England, occasionally playing tournaments in the midlands; Little did they know then that this would all serve as a preparation for their first RaceTo season in 2012.

So early in January/February 2012, London Samurai MV started a hard and intense outdoor training regime – no matter the cold and rain. The original team from 2011 picked up 3 new players to strengthen the roster for 2012’s plans to play “one Millennium event”; which quickly changed to a “full international season”. 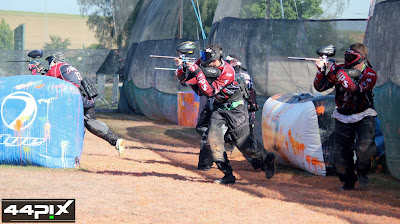 “One of our key things was getting it right the first time, so we decided to stick with GI Sports and Planet Eclipse – who have been supporting us for the last 3 years. And … well … what can I say, it showed and paid off.” – James Riley, one of the longer serving members of the team pointed out as the key element of planning the season properly; he later added. “You need to KNOW that you can rely on your sponsors support and their products. You have enough other crap to worry about, like flights and hotels and transfers and so on, not even to mention the game plans and tournament related things, so the last thing you want is to think or worry about bad paint, gear or markers not being efficient or even going down – since that will seriously mess up your mojo for sure.“

London Samurai MV started its journey with a season opening of 2nd place in the CPPS (Central Premier Paintball Series – the EBPF recognized leagued in the UK) in a fantastic start of the season – followed by 3 Wins in their division in the following rounds securing the season title. 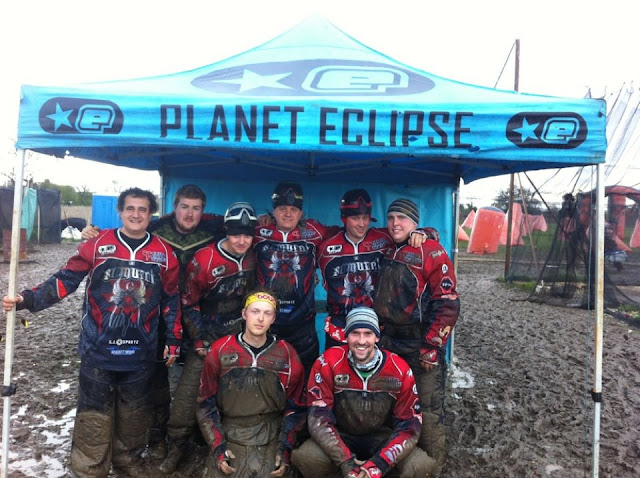 Following every CPPS event, within a 3-4 week window, there is a Millennium event and this tour started May this year in France, St. Tropez –where they finished 16th in their first ever international.

“The markers and paint where just spot on, every event”, John Alexander the MV Rookie of 2012 confirmed looking back at the season so far, “There is nothing we can blame on the equipment – if we didn’t place, it was down to us, or in one instance some reffing with “serious room for improvement”.”

London Samurai MV recruited Nicky T in their final preparations for the last leg of their international voyage they begun this year. This voyage has took them  from St-Tropez to the next event the “European Masers”,  held in Bitburg, Germany where they placed 8th followed by a 24th spot on the home turf in the UK.

“The entire season we stayed together in hotels and houses we rented out for every event – we place domestically on the top spots every time and internationally we made “Sunday Club” in France and Germany. However during the UK event, we arrived every day separately in own cars and went home after the day … it just took away this bond and brotherhood you create when living together those 4-5 days. Something not many people understand that don’t play this sport, but we will definitely take that away as another learning this year. Rule #1: Stay together during the event – no matter what! Rule #2: Shoot good paint – i.e. 5 Star!” – Ben Wood, Team Captain. 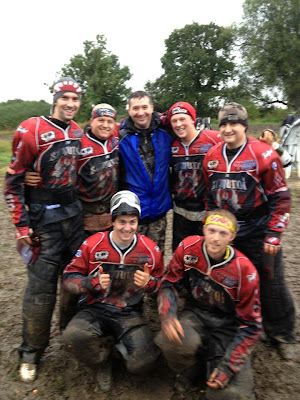 “The celebrations of winning the CPPS title were not even 3 weeks back and we are already packed our Kit bags for our the last international trip of this season – but with a coach and pit crew …”, Petros Valiantis, Back Center and paintball veteran ads; he later added,”… it’s been a fantastic year, and we need to thank our families and friends for their support and understanding, since it is a time consuming and demanding sport, especially when you are trying as a group to improve and push for more in the future.”

So with the CPPS Premiership B title in their pockets, and a promotion to the new “Division 2” of the CPPS secured for the 2013 season they traveled off to Paris, securing an 8th place in the 2012 World Cup – placing them 9th in the 2013 Millennium Series for their first year international

“We would like to say a huge thank you to our other sponsors who have supported us on this year’s Journey, LiPs Paintball, Planet Eclipse, GI Sportz, Tanked, Bricketwood Paintball Training Center and www.paintballpictures.co.uk for all the media coverage this season!“