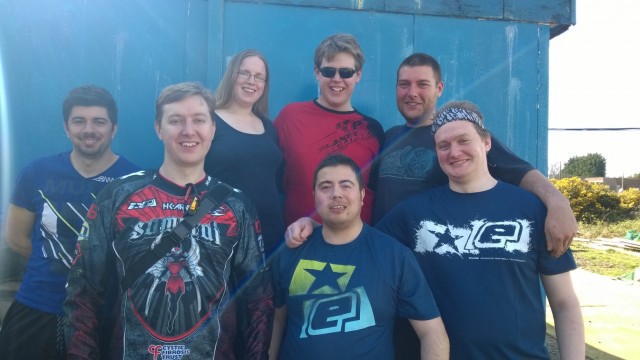 SPL Round 1 – Rages return from the ashes

SPL Round 1 – Rages return from the ashes

Back in December, the Samurai Rage name was given the opportunity to resurrect from the ashes and despite a hard start to get members together, eventually seven willing players, made up of both experienced and new players enlisted and the training began. The aim, to bring back the former glory of Samurai Rage!

So this past weekend, we went out to participate at the first round of the Southern Paintball League. Registered for the 5 man division, we practiced the field ahead of time and had a good idea of what to expect. We were pitted against several other teams and despite a little rush when the games started twenty minutes earlier than originally planned, we got our people out onto the field and boy did they play well!

The first three games showed that our plan to practice our early breakouts paid off where we stormed the field with 4-0 (should have been 5-0 but everyone on the field miscounted), 5-0 and 4-0 victories against the first three teams. The line up’s and the breakouts led to regular eliminations off the break and a great squad cohesion. As it was, we played the first game and after coming off, was then told that side-line coaching was permitted so took full advantage of the opportunity with some of the other Samurai MV & Topcat members taking up the opportunity to shout at the Rage members on the field. 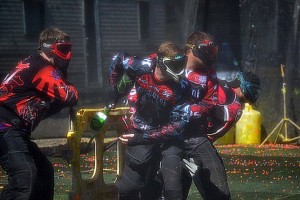 We then faltered a little with the next two matches where we lost although both were close games with some over excited members and some slightly silly moves as the games played out. We reviewed that it was potentially down to planned squad line ups and the decision was made to revert back to our initial line ups which helped reinstate a little more control on the field. The following game we won before we had the opportunity to play against the other teams once again.

Just like earlier in the afternoon, the next two games were successful although the second game against CareBears Rippa proved too be very closely fought with Dario, our Dorito player, being pitted against two remaining CareBear players and with the shouts/communication of three sideline coaches, had two moments of being bunkered but surviving each charge. A massive round of applause to Dario for playing those last few seconds well. 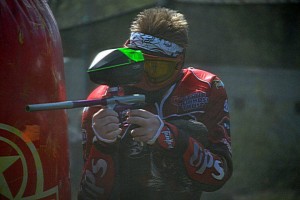 Unfortunately, similar to earlier in the day, the next three games were lost to the opposing teams with closely fought games and then, on the final round, Rage’s first penalty claiming two players off the field from the Snake side off the break. We knew the results would be close and the team stayed reserved that it could go either way.

Announced by the organisers, with our breath semi held, we were called up to the podium with third position!

Over the moon with the expected result, Samurai Rage came away knowing that for a squad that had been training for three months together prior to this event, some of those training sessions with only half of the squad in attendance at times, we had certainly started on the right foot. Looking forward, we know we have work to get ourselves fully set for the next round in May but for now, a podium finish in our first tournament round of 2014 is one to keep us smiling about. 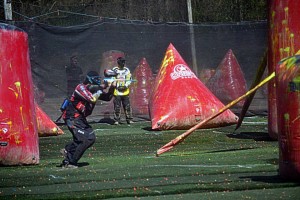 On a side note, the squad wanted to thank the Samurai MV guys for their great help in the pits (they really helped get us sorted when the games started earlier than expected) and also to Callum from Samurai TopCats for the side line coaching as well. You guys helped us out no ends and your advice really allowed us to understand what we could do in each following round.

Finally, a huge thanks to our sponsors. Without them, the equipment we had available and the paint we used would have not been there.

The great support of LiPs, HK Army, Planet Eclipse, Virtue, Empire means a great deal to London Samurai and we’re proud to represent them on the field.